West Berkshire Mencap started off as Newbury Mencap in 1954 at a time when people with learning disabilities had few rights or resources. As a result of the scheme set up in a church hall locally by the founder members Social Services established a Day Centre for people with learning disabilities in Newbury. The first office for Newbury Mencap was in Northbrook Street and in 1996 we moved to our purpose built Centre at Enborne Gate as a result of a Section 106 agreement with the local authority. The Centre was opened by Her Majesty the Queen in October 1996. A couple of years later we changed our name to West Berkshire Mencap when the local authority became West Berkshire.

Having the Mencap Centre enabled us to deliver many more services based in the building. We were able to bring Bubble club, our mother and toddler group, back in house and start leisure activities for adults as well as run playschemes and eventually our after school club, all based at this purpose built Centre. Over the years it has had two major extensions and we run our Family Advisor Service from the Mencap Centre.

The charity was instrumental in founding a number of homes for adults with learning disabilities, the first of which opened in Lambourn in 1986, followed by another five, these were all managed by Royal Mencap. In 2010 Greenham Common Trust renovated a building in St Johns Road which became Heffernan House, named after our Presidents Arthur and Jean Heffernan. This is now a supported living unit providing high quality flats to seven tenants who all receive care from Your Choice Services, West Berkshire Mencap’s Domiciliary Care Service.

In 2013 Link Up, our supported work skills service, moved from Greenham Common to Bone Lane and took with it the name Slater Centre. This is a very popular service that works with about 25 people daily to work on mail shots, light assembly and learn new skills. This move has released a lot of space at the Mencap Centre as Leisure Plus has now moved to the Slater Centre and has its own dedicated space.

We have a horticultural project just over the border in North Hampshire. This is supported by Greenham Common Trust and provides therapeutic opportunities for people with a wide range of abilities. They also make floral decorations, wreaths grow herbs and vegetables via our website.

“I love it here, it is really, really great. I love the people. I feel I really matter now” – Paul Carter talking about his work placement at Trindledown (animal sanctuary).

About Us Sub Menu

For more information on our services please contact us on:
Phone: 01635 41464
Email: info@wbmencap.org 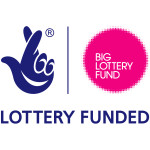